Who Pays the Tariffs?

The Myths About Tariffs?

Recently, we got curious about the real story behind tariffs and who actually pays them and who really benefits. President Trump is a fan of tariffs and implies that we (the U.S.) are going to rake in billions of $$$ with the new 25% tariffs being imposed on China as of midnight, May 9, 2019.

As we conducted some very brief research on the web, I uncovered some very interesting stuff that really opened my eyes.

First, governments or countries don’t pay tariffs on the products they export or import. Second, it is the importers of products that pay the tariffs and ultimately those tariffs, or the bulk of them, are paid by the consumer!

The Idiot we have for President doesn’t seem to understand… Speaking at a rally in Florida later Wednesday (May 8, 2019), Trump said the new tariffs were because China “broke the deal.” “You see the tariffs we’re doing?” the President asked his supporters. “Because they broke the deal!”
“The vice premier is flying in tomorrow, good man, but they broke the deal. They can’t do that,” he added. “If we don’t make the deal, nothing wrong with taking in over 100 billion a year. We never did that before.”  << The idiot president talks like a 3rd grader, and seems to be implying that is good news… what he fails to mention is it will be Americans who will be paying those “100 billion a year.”
May 13, 2019 – “President Donald Trump’s chief economic adviser Larry Kudlow said that American consumers would bear a burden from the escalating trade war with China, contradicting the President.” Of course President Trump will quickly call this “Fake News” as he identifies any news that he doesn’t like.

An Example of Applying a Tariff

Let’s keep it simple, and assume Costco decides to purchase $100,000 worth of TVs from Sharp TV in China. 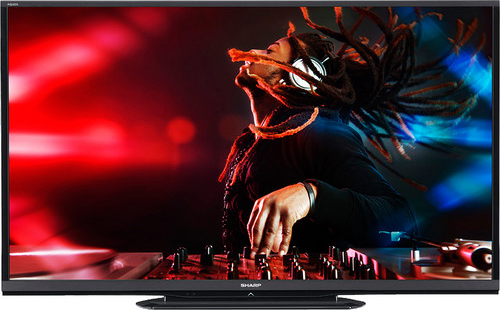 Let’s continue to keep it simply and assume new tariff on Chinese TVs is 25%. The product is shipped by Sharp and arrives in LA. Customs and Border Patrol inspects shipment and scans code for the TVs. (Note that every single product large or small imported into U.S. has a special import code). CBP calculates the amount owed ($25,000) and sends an invoice to the specific importer, or in this case Costco. Costco has 10 days to pay invoice.

Now Costco has a number of options: (1) They could have talked to Sharp prior to placing their order and arranged for some type of discount or rebate from Sharp to help them offset some of the new tariff; (2) They could eat the entire cost of the new tariff and accept lower profits, but of course that would impact their investors; (3) They could pass on the new tariff costs, or at least some of those costs, by increasing the price to their customers; (4) they can cut-back on purchases from China/Sharp and go instead to another TV manufacturer in another country not subject to the new tariffs.

They could also use a combination of the above.

However, in almost all cases, governments  simply don’t pay tariffs, the citizens of the country importing the goods pay the tariffs. President Trump brags about the billions of additional $$$ that will be raised and deposited into the U.S. coffers, but he fails to point out that it is U.S. citizens who will be paying those tariffs, not China nor its citizens as he often seems to imply.

Yes, it surely gets a bit more complicated, but when Trump brags about collecting billions more from tariffs,  he is really unintentionally bragging about sticking it to millions of American citizens who will end up paying these new tariffs. Donald Trump doesn’t really understand tariffs, but then again he doesn’t understand many things!