The good news is that calculating break-even sales for a company is actually quite simple. The bad news is that many companies in our industry are having a difficult time meeting that break-even figure, thanks in large part to Covid-19 and the devastating impact it has had on the printing industry. 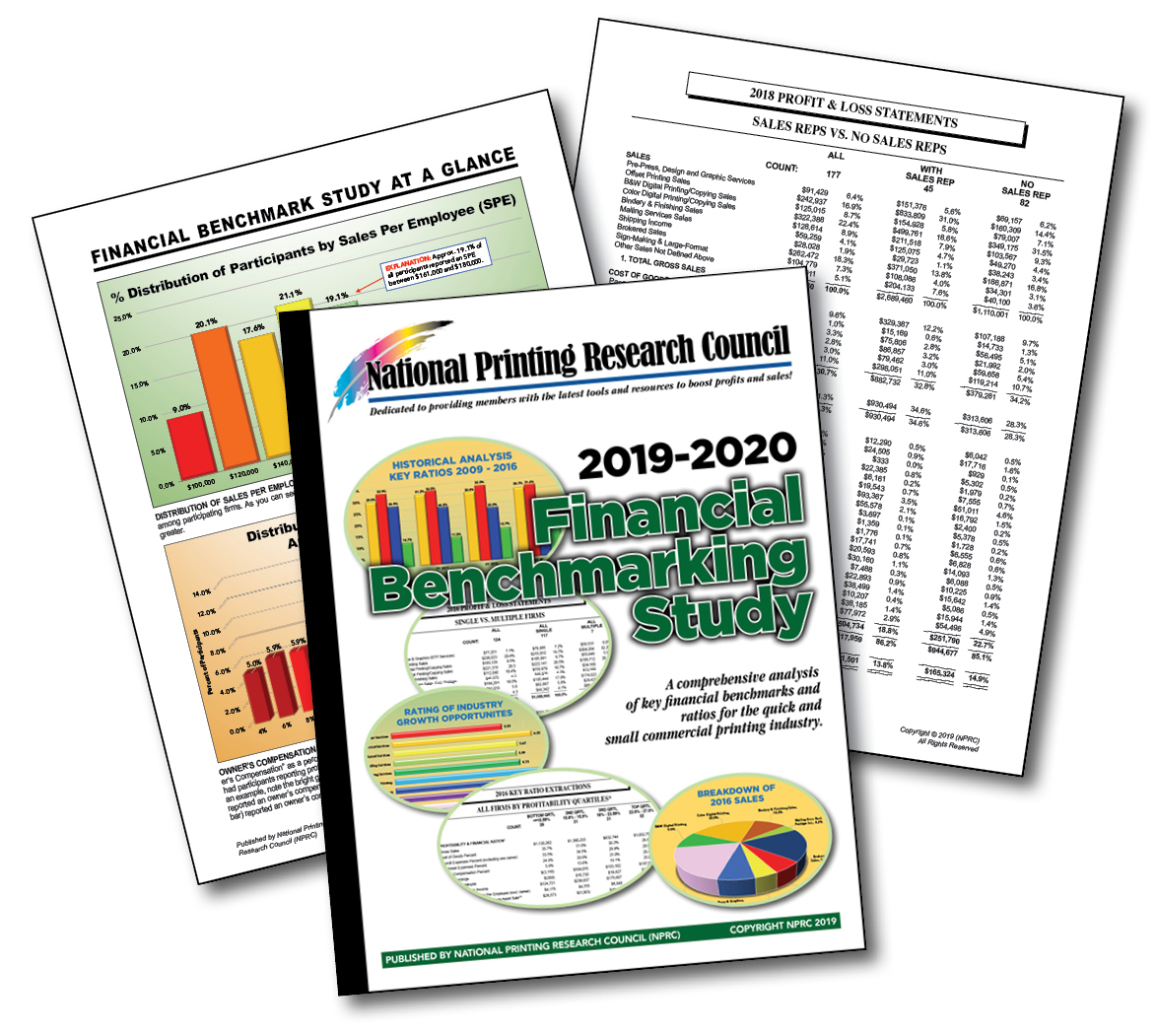 So Exactly What Do You Need

Exactly what do you need to calculate break-even? First, you will need a current profit & loss statement, preferably at least a 6-month statement. 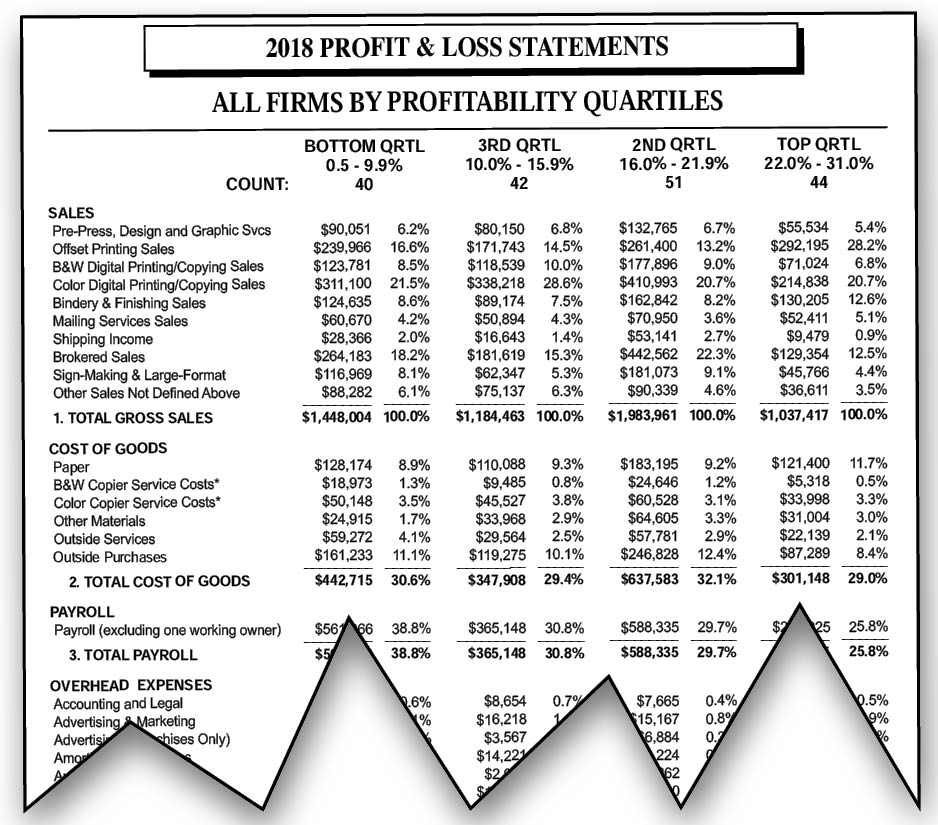 Real fixed expenses are those that cannot simply be reduced or eliminated just because your sales are down! They are, as the term implies, FIXED! What about depreciation? Depreciation is generally considered a fixed expense as well, but for the purposes of calculating a “real world” break-even we will not include this figure in our calculation.

What about payroll? Payroll tends to be far more of a fixed expense than a variable! You will need to total $$$ figure required to cover your total payroll expenses, both direct and indirect. That figure would include FICA expenses, workman’s comp, health insurance, payroll processing costs and all other benefits paid on behalf of all employees.

Do You Include Owner’s Salary?

What about a salary or wage for the owner or spouse? Yes, you would include that figure as well. The same would be true for an owner. Include his or her salary and benefits as well. To exclude this figure, would be to assume that the owner, in terms of calculating his or her break-even sales, is willing to forego his or her salary in order to arrive at the lowest calculated amount of sales that must be achieved in order to pay all expenses of the business, both fixed and variable.

The above scenario, speculates that the owner is saying to himself (herself), “I need to calculate the bare bones break-even for my company, and I am willing to forego my salary for a couple of months in order to calculate exactly the minimum sales I need to achieve in order to pay all my bills as well as cover my current payroll. What do those sales need to be?”

Examples of variable expenses on a typical P&L would be paper costs, digital copier clicks, outside services, outside purchases, repairs & maintenance, shipping costs and other materials. If you have minimum service costs that are paid in addition to meter clicks, these costs would be included under fixed expenses, not variable. Once again, we are looking for a ratio or percent representing the total percent of all variable expenses required to operate the business.

After gathering the above, we should end up with two entries:

Break-even Formula – The formula used to calculate break-even is as follows:

Using actual sales and ratios from two sample breakout from the NPRC 2019-2020 Financial Benchmarking Study, and the formula noted above, we will calculate the break-even sales (annual) for two different firms, one a low profit firm and the other being a high profit firm.

High Profit Firm: Reported sales $1,037,417 and Owner’s Comp of 19.4%
Fixed expenses $469,525 (45.2% of sales)
Variable expenses: 29.0%
BE Sales formula = $469,525/.71
BE = $661,302
(Note that in both examples cited above, payroll expenses were treated as fixed expenses. You can re-calculate by treating payroll costs as variable expense instead and your BE figure will be different. However, as noted previously, payroll tends to be far more of a fixed expense than a variable expense.)

General observations – Note that the above are actual quartile ratios and expenses from our Benchmarking Study. Note that the low profit firms don’t have a lot of wiggle room when it comes to reaching a break-even in sales. If they lose approximately $111,000 in sales they will already be at break-even, meaning 0% profit.

On the other hand, the high profit firms, because their fixed expenses in terms of raw dollars as well as a percent of sales are so much lower, their break-even is much, much lower. With their current fixed and variable expenses as stated, they could weather an economic crisis such as Covid-19 so much better. They could lose approximately $376,000 in sales before dropping below 0% in terms of profits or break-even.

Remember when making calculations to account for the period you are using. If you are using quarterly figures, then your formula would reveal the break-even for that quarter, not a month. You can and should calculate break-even sales and convert to a monthly sales figure. It is also worth noting that your financial statements ought to conform or follow what is suggested per NPRC’s suggested chart of accounts, thus making it easy to extract fixed and variable expenses.

One last comment – If your financial statements do not automatically include ratios (expense as a percent of sales) for each entry on your P&Ls then you ought to fire the bookkeeper or accountant who is preparing them. This not a topic of debate but rather a statement of fact. If you’re not being provided with the proper information, find someone who can.